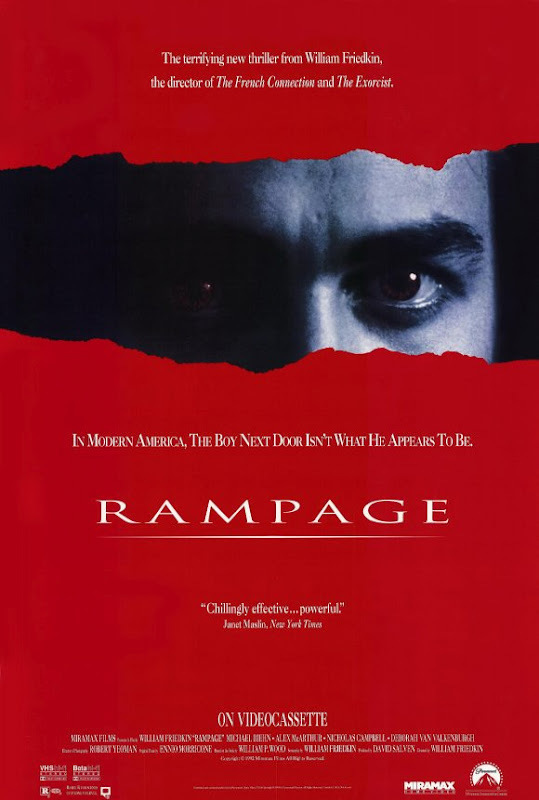 Rampage delves into the subject of legal insanity, so often the default defense in modern-time gruesome crime trials. Alex McArthur plays an outwardly normal guy who goes on incredible killing and mutilating sprees until (and even after, when he escapes for a short time) he's captured. When he comes to trial, the liberal DA (Michael Biehn) is torn between his own leftist leanings and the reality of the heinous crimes for which the accused is being tried. He must argue for the death penalty.

No data for Rampage this week
Full history »