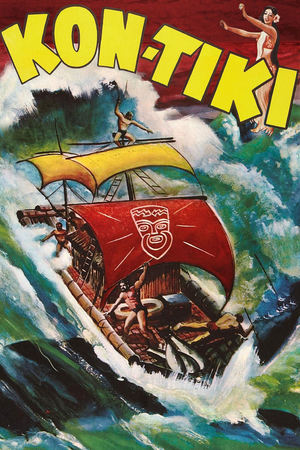 \Kon-Tiki\ was the name of a wooden raft used by six Scandinavian scientists, led by Thor Heyerdahl, to make a 101-day journey from South America to the Polynesian Islands. The purpose of the expedition was to prove Heyerdal's theory that the Polynesian Islands were populated from the east---specifically Peru---rather than from the west (Asia) as had been the theory for hundreds of years. Heyerdahl made a study of the winds and tides in the Pacific, and by simulating conditions as closely as possible to those he theorized the Peruvians encountered, set out on the voyage.

No streaming data for Kon-Tiki this week