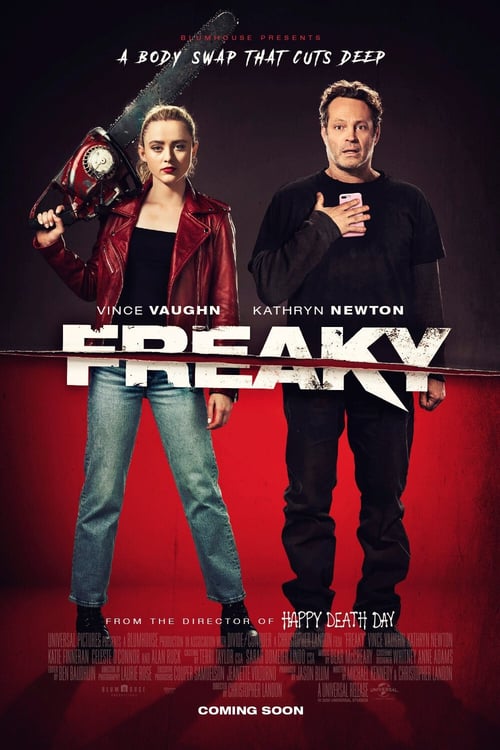 When infamous serial killer The Butcher attacks 17-year-old Millie and the mystical ancient dagger he's wielding causes him and Millie to wake up in each other’s bodies, Millie learns that she has just 24 hours to get her body back before the switch becomes permanent and she’s trapped in the form of a middle-aged maniac forever. The only problem is she now looks like a towering psychopath who’s the target of a city-wide manhunt while The Butcher looks like her and has brought his appetite for carnage to Homecoming.


Freaky on Amazon TOP 10 this week


Freaky on iTunes TOP 10 this week


Freaky on Google TOP 10 this week